I would like to make all regular members aware of the upcoming TDTC election process by which new Officers of the Club are selected each year. During the Board Meeting each October a Nominating Committee is formed to develop a proposed slate of Officers for the next year. During the following November General Meeting that proposed slate of Officers for 2015 will be announced to the membership and any nominations from the floor will be accepted and a vote will be taken to approve the new Officers.
As part of this process I will be placing a locked box on the counter ledge of Leads and Collars which faces ring one. Please take the time to consider any interest you might have for an Officers position, Committee Chair position, or a willingness to be on the Nominating Committee for 2015. Forms will be available next to the box to easily express your desires to help. Please fill out a form, fold it up and put it in the slot at the top of the box.
It is particularly important to know ahead of the October Board Meeting on 10/4/2014 anyone’s interest in serving on the Nominating Committee. That Committee will only meet for short periods before the 11/14/14 November General Membership Meeting and the election of new Officers.

After four years as your TDTC President I believe it is time for someone else to serve as your chief executive Officer and I encourage you to participate fully in the election process.

My thanks in advance go out to all who volunteer with the knowledge that our Great Club will continue to go forward in the future to serve the Tulsa area. 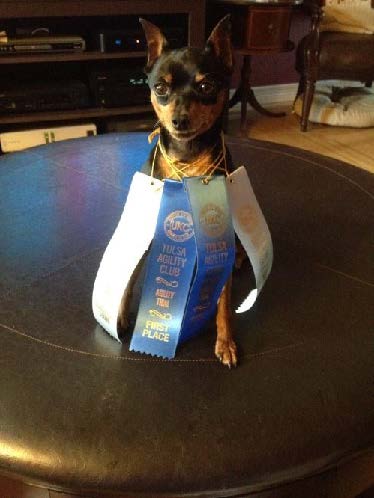 Zula earned her UAGII at the recent UKC Agility Trial!

I would like to thank all those members who came out early on Saturday to help set up for the Picnic: Dovie Ryan, Alana Fischer, Jeannie Diver, Jeri Lynn Hajek, Barbara Casto and Bob Portiss.
If you were unable to attend this year’s picnic, you missed out on a very good time. It has always been known that TDTC folks know how to cook and this year’s offering was no exception. Yummy salads, luscious desserts, and good for you veggies flanked wonderful barbecue provided by Michael V’s restaurant, all made for a hard-to-beat meal.
And Aha, the dog games! That’s what we enjoyed next. Brazil may have had the World Cup, but we had the Hot dog wiener races, which made us all smile, including our canine counterparts, after all, this added to their picnic! We had some pretty sharp pups who figured out things pretty fast. Last but not least, we had some brave folks who answered my call for the “Beach Party Heeling” challenge, which demonstrated that they had brushed up on their heeling and went to the deep dark recesses of their summer wardrobe to bring out their finest beach attire. Oh and as they worked through heeling routines they were being judged. Our esteemed Judges for this event were Ms.Gisella Klindera and Ms. Pat Kinser, who definitely owned sharp pencils for the scores. Perfect score would be 80 points, 40 points total per judge. What good sports these teams were for providing us with a laugh or two.

Listed here are those members that made up the teams participating. First place went to the “Beach Bums”, Captain Mike Delorey, Linda Williams, Jamie Williams, and Barbara Casto. Even though this team did a fine job on the heeling pattern, I was told the judges were equally captivated by the smallest member of this all Labrador team being worked by Barbara Casto!
Good job Barb! The “Beach Bums” scored 70 points. Second place went to the “Bow-Wow Luau”, Captain Glenda Poulos ,Vicki McKay, Paula Thetford, Jennifer Sims. This team won Best Costume and won on “cute points” they turned in a good score of 64 points. Way to go!

Third place went to the “Sand Dollars” these bathing beauties are known for their stylish beach dresses and hats. Led by team Captain Dovie Ryan, Mary Ann Duca, Debra Hnath and Laura Morris, they gathered in 62 points. Laura Morris, we have received so many requests for information on where a person might purchase a pair of knee-high socks like the ones you were stylin’ in during the competition! You definitely set the bar high for the last team. Speaking of the last team, this would be “The Surfer Dudes” led by Captain Tom Kotch, Bob Portiss, Patti Kotch and Jane Tyson. The fourth place team earned 61 points. The Judges felt that this team was probably the most suspicious of all the teams. Why you may ask? Well, they told me they wondered why Jane Tyson was working a Sheltie instead of a Corgi in this seemingly all Corgi team. Or was it really a Corgi in a Sheltie suit?

You might want to make it to the next year’s Summer Picnic, you never know what might take place or placements!

Until till then, have a great rest of your Summer,
Program Chair,
Lynda Portiss 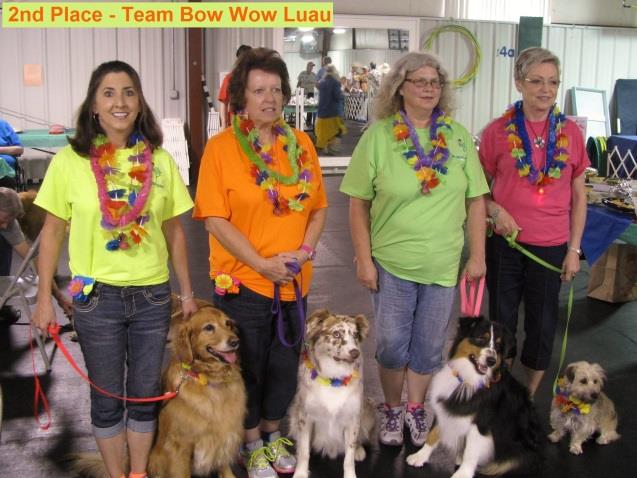 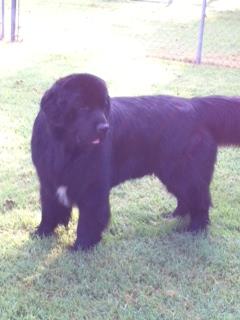 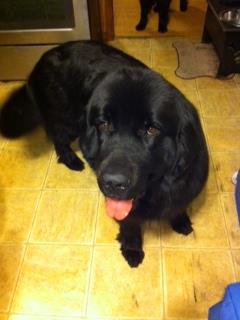 Rivendell’s Emmen Mighty John Henry finished his third leg in Novice B at OKC, August 9th, 2014. So this means, JohnHenry is the proud owner of “very first” title, a CD title. We are so proud of him!!! 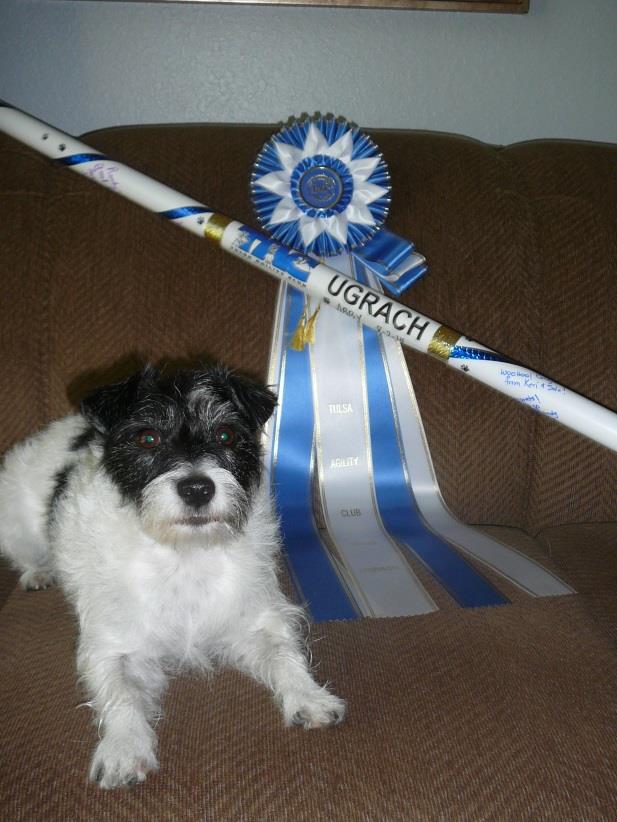 Abby earned her UGRACH a the recent trial hosted by TDTC 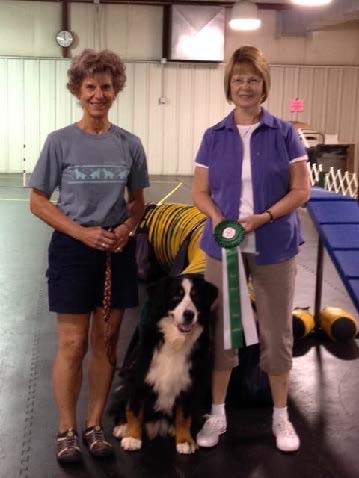 Cocoa after earning her UACHX title at our club’s show in August. I’m so proud of my veteran girl who started competing in UKC early last year. She’s so smart!